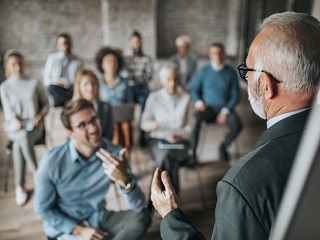 as part of their project to create a new plan for child abuse prevention for Oklahoma. As I am committed to having primary prevention programs like Protecting God’s Children® included in any future plan, I started to fill out the survey. It only took a few minutes to realize that I could not answer any of the survey questions other than my name.

I sent the survey back with a note explaining that the survey was impossible for me to complete. The state office contacted me about the survey and asked me why I could not complete the survey. After all, I was told, as long as I was providing services to families and children aimed at prevention there should be a way for me to respond.

The answer to their question was right there in their comment. The basic assumption was that everyone who is in “prevention” work is providing services directly to at-risk families to prevent predictable abuse and neglect, or to serve children and families dealing with the aftermath. Primary prevention like that instructed by VIRTUS is still so far off their radar that it is not even considered. Professionals still believe in what they decided in the late 1970s and early 1980s—that the only prevention efforts that work are those that teach children how to resist predators. This has been proven to be ineffective as a primary source of prevention effort.

In response to their questions and comments, I explained about the VIRTUS Program and how it does not fit in their paradigm. They asked me to attend and participate in a Regional Town Hall Meeting about 100 miles away to make sure this piece of the prevention puzzle was included in the State Plan.

I made the trip and participated in the forum, and during the meeting it became clear to me that we have not collectively reached the tipping point in our commitment to shift the paradigm for child sexual abuse prevention. Professionals and parents in those Town Hall meetings had a hard time even hearing what I had to say about the need for programs that educate adults about the behavioral characteristics of potential predators so they can intervene in the grooming process.

For example, on one occasion, I shared the importance of educating all adults about these behavioral characteristics so everyone can watch for risky behavior on behalf of adults. The facilitator of the session, an executive with the Partnership for Education, followed up my statement by saying “You are so right. We must teach all adults how to report.” We know that recognizing warning signs of potential problematic behavior is very different from actually reporting abuse; the former is addressing concerns immediately about what could be problematic behavior. The latter involves having an actual suspicion of abuse, and reporting to the proper authorities in the state. Both are necessary elements to preventing abuse before it starts and also addressing it quickly if it does happen. She did not hear what I said because she could not hear it from inside the world she was listening from. In that moment, I got a glimpse of how we have a long way to go before what we have learned in this program is part of the mainstream prevention efforts.

The experience of the Town Hall meeting was a reminder that the journey of more than 20 years of promoting adult education as the primary key to a world free of child sexual abuse is just beginning. What is provided in these types of programs is still “new” information for many, and a different way of thinking for new participants in our programs. Sometimes it is easy to think that we are making great progress—and in the Church, it is true that we are making progress to better protect children. However, the general thought in the United States is still stuck in the idea that the only way to prevent abuse it to teach kids to say “No!”, get away and tell someone what happened. That is definitely part of the picture—it is just, as you know, not the whole thing.

Since that meeting, several people have asked if it was worth the trip. My answer was “Yes, but not for the reason you think.” That day, I got to see just how big the mountain still is and just how much there is left to do to bring the work of primary prevention through adult education into the mainstream prevention work of professionals in the field. We are still climbing up that mountain. Unfortunately, as the saying goes, “there is still more East to go.”

The experience also made me realize how important it is for us to persevere. This problem is bigger than the Church. It’s bigger than you or me. But, each one of us can take the knowledge that we learned in our sessions, and what we read in these bulletins, and share them with our friends and loved ones—so they can be better equipped if the time ever comes where they’re called to protect a child.

Remember the warning signs of potential inappropriate behavior, and communicate about them to a supervisor if observed. Some warning signs include an adult who behaves as if they’re above the rules, who attempts to isolate children from others, who discourages other adults from participating in activities, who shows favoritism or gives gifts to children without parental permission, who disregards procedures and policies and who allows children to do activities their parents wouldn’t approve.

However, if at any point, you become concerned about an actual suspicion of abuse, this would need to be addressed by calling the child protective services in your state.

Don’t give up! Don’t back down! Don’t assume anything is handled.

To provide constructive feedback on this article, please email editor@virtus.org